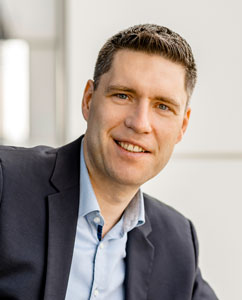 For more than 15 years Mark Butzmann has been advising national and international companies in their operative business, mainly in the areas of contract drafting and contract negotiation (in German and English), especially in commercial law, corporate law (including start-ups), M&A projects as well as IT/IP law and insolvency law. In addition, Mark Butzmann is increasingly active in the areas of dispute resolution, both out of court and in court, arbitration and mediation proceedings. Furthermore, he has been acting as arbitrator in international arbitration proceedings under the DIS Arbitration Rules since 2015.
The Legal 500 Deutschland have regularly recommended Mark Butzmann as a lawyer for the Frankfurt-Rhine-Main metropolitan region since 2017. Already in 2009 and 2010 Mark Butzmann was recommended by Legal 500 EMEA for Estonia as "recommended attorney" for M&A/Corporate Law.

English, plus (extended) basic knowledge of Swedish, Spanish and Latvian
Back