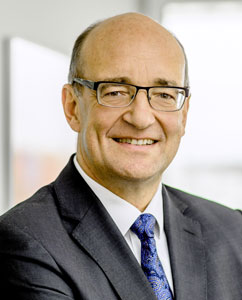 Johann v. Keussler advises on corporate law issues and M&A projects. In addition, he has extensive experience in national and international contract law. His industry focus is on the chemical, pharmaceutical and biotechnology industries, the IT industry and the consulting of purchasing associations, distribution and trading companies. Since 2017 Johann v. Keussler has been appointed as external compliance officer of HEAG AG.
JUVE recommends Johann v. Keussler since 2005 until 2019 throughout the Frankfurt/Hesse region and names international contract drafting and consulting in the chemical and biotech sector as strengths.  At Legal 500 Germany, Johann v. Keussler is described in 2019 as "highly efficient in the execution of M&A projects and contract structuring".